Maybe, as Olga Tokarczuk writes, ultimately the whole world, all mythology, is hidden or located in and all over our bodies. Maybe there is there a kind of depiction, or a reflection, of the Big and the Small, ‘the human body joining within itself everything with everything—stories and heroes, gods and animals, the order of plants and the harmony of minerals?’ (Flights, p. 134).

Yes… perhaps we should let ourselves to be carried away by them all in the process of name-giving:
Artemian muscle, Athenian aorta, Hephaestian hammer and anvil, Hermian (or Mercurian) spirals
(Πλάνητες, p. 202).

Perhaps we should let ourselves get carried away by the all-unifying body…
Get carried away by this having-all bodily connection of everything with everything, in the process of name-giving, of symbolising.
We keep symbolising our experiencing, our living… discovering and responding to lived significances. We actually live meanings as unseparated from things and situations.
Perhaps we should open again our shut bodies into this kind of full breathing, this kind of natural geometry that connects our breathing-living body with the space and the energy field of life.

Perception is not only ‘representational’; senses (sensitivity, sensibility, sentience) are not only optical, visual, oculocentric. Also, we do not want words and concepts to surpass senses and sensations, as they often do… when they just blur our attention with their supposed concreteness, or their supposed importance. Perception can be anaesthetic and unaffective, we know that; we can subjectively impede or mitigate the intransivity, the non-thetic character of perception. But we do not want that. We do not want that in Focusing.

We do not agree with Greenberg and Tomescu who take ‘emotion as a fundamental given’, we do not see experiencing ‘as a complex derivative of emotion that results from a tacit synthesis of many levels of processing’, we take experiencing (as Gendlin and Rogers do) ‘as the basic datum of existence’.

What we meet/feel first in the body we later discover cognitively. Felt meaning may become (abstract) meaning, even ‘experiencing’ (or anything we sense is prior in experience). What ‘appears’ in the body and moves the body, then may appear in thought as well as a movement of thought.

And what if all of animated nature
Be but organic Harps diversely framed,
That tremble into thought […]?
(Coleridge, The Aeolian Harp, 1795)

What moves the body: the olfactory as well as the haptic, the visceral, the corporeal, the tacit, the intricate and the multiple, the affective, the atmospheric and the situational, the vague, the diffused, … the holistic, the emotional and the intuitive… The in-between, the co-presence of subjects and objects… There is a kind of νοείν [noein], a perceiving of situations, where even non-perception has value.
What moves a body?
The transmodal, the aesthesiologic, the organic.
Taste, radiance, halos, auras, pains and pleasures, bodily enfolded or encapsuled senses, sensorium and sensoria.

Perhaps we could let ourselves be carried forward and sense our Focusing body (our body as sensed/lived through the practice of Focusing). We might say our body is what we were born with, but at a deeper level body gave and gives birth to us and we can actually sense our body as being the ‘medium’, the locus (a locus) of natality, as natality itself. We usually speak about ‘our’ body, we take it as a given (a given to us and for us) but it is actually that which gives, an origin of giving-ness, a surplus of life, an excessiveness, inexhaustible fullness, essence of the world, life. We feel, we believe that sentience cannot be reduced to a concept; we feel that sensing is prior even to the usual modalities of sensory perceptions and representations, which always fail to depict its richness and its subtlety.

To see a World in a Grain of Sand
And a Heaven in a Wild Flower
Hold Infinity in the palm of your hand
And Eternity in an hour
(William Blake, Auguries of Innocence, 1803)

It is not this incapacity of the subject (us) facing the representation of the nonrepresentable… no, it is not that. When we see, when we face what we are doing to the earth, to other living creatures, then that is… that is what we could call despair…

Should we talk here about despair?; about pain?; and this incapacity to feel, to think, to act… in this deserted world?
Not the Small and the Big, not the magical, or the ‘daemonic’, not the epiphanic or the mystical… but a painful, deserted land…

This is now our planet, run by humankind for humankind. There is little
left for the rest of the living world. Since I started filming in the 1950s, on
average, wild animal populations have more than halved. I look at these
images now and I realise that, although as a young man I felt I was out
there in the wild experiencing the untouched natural world… it was an illusion.
Those forests and plains and seas were already emptying. […]
[S]o, the world is not as wild as it was. Well, we’ve destroyed it. Not just ruined
it. I mean, we have completely… well, destroyed that world. That non-human
world is gone. […] Human beings have overrun the world. […]
That is my witness statement. A story of global decline during a single lifetime.
(David Attenborough, David Attenborough: A Life On Our Planet, Netflix)

We live in the world and the world lives in us, in this kind of ‘decline during a single lifetime’. We are overrun by humankind. All over the globe, this ‘emptying’ of the diversity of life not only threatens life’s vital intricacy, but the ‘emptying’ of forest animals and plants to the edges of their natural habitat releases different forms of life, some of them ‘pathogens’ as we call them—such as Covid-19—that have co-evolved with those animals, in those habitats, which can also ‘destroy’ us (human) destroyers.

But animals can be our teachers again, as they certainly are. They can teach
us how to live simply and die simply. Nature can teach us again about Otherness
and beauty. Body can again be our lost, organic, ‘bio-diversity’, the door to
and the site of this primary dimension of experience.
To the extent that conventional discourse hides this primary dimension
of experience (to the extent that our everyday ways of speaking steadily
deny such felt participations), our tongues enact a massive split between
our minds and our bodies, effectively severing our verbal, speaking selves
from our corporeal, animal experience.
(David Abram, Becoming Animal, 2010, p. 274)

We want Focusing to be animalistic, wild; we want it to be ‘diaphragmatic’ (like breathing), kinaesthetic, poly-sensorial, epithelial and endothelial, cutaneous and visceral at the same time, corporeal, pre-personal (before or after being personal), pre-dispositional, unintentional. Ethereal and surreal, tangible and warm, subliminal, aesthetic, vital, haptic, tactile, revelatory, com-passionate. We want to revive ‘animal’ sensibility; not only the unthought known, but differential unknowableness; the contextual corporeal perception, non-metric, pre-numerical, pre-analytical expansion. We are talking about feelings and bodily gestures and movements, about thoughts felt as hunger and thirst, of primary, pre-categorical, pre-epistemological ‘language’; about mother tongue(s).

There is a way of bodily involved perception and knowing very far removed from conceptual understanding. We know that and we trust that. We are not ‘a-spatial innerness’, we are ex-centric, psycho/soma-topic and bio-topic, lived/ felt spaces and places, tissues, organs and glands as much as spiritual bodies, pneumata (πνεύματα) and presences of breaths and breathings of humanity; we are habitats, ec-stasies (εκ-στάσεις), co-existence(s) and communion(s).

Let’s make a place for lived space and body.

Nikos Kypriotakis has studied Physics (University of Crete, Greece) - he reads modern physics as a kind of philosophy. He has been trained in Person-centred & Focusing-Oriented Counselling/Psychotherapy (Hellenic Focusing Center, HFC) and in Children Focusing. Now he teaches Physics and Science in a public Junior High School, Focusing in HFC and is the editor-in-chief of the magazine Εποχή-Epoché (Psychotherapy, Phenomenology, Hermeneutics). For two year he was the General Secretary of the Hellenic Association for Person-centered & Experiential Approach. A Sample of my Work: Chapter 10: Experiencing and the person-centred approach in the book: Bazzano, M. (Ed.). (2019). Re-Visioning Person-Centred Therapy. London: Routledge. Link: https://www.routledge.com/Re-Visioning-Person-Centred-Therapy-Theory-and-Practice-of-a-Radical-Paradigm/Bazzano/p/book/9780815394099

Where ‘Senses of Focusing’ began: 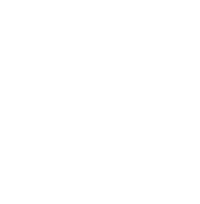